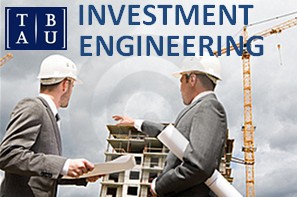 Our companies main domains are engineering and real estate business. It was founded in 1990 and has a valuable history, 15 employees, most of them highly educated with all licences needed to successful perform this type of work. Our business is aligned with quality standard, we have gained ISO 9001 Quality Certificate in 1998. We are one of the leading actors in real estate business field in central Slovenia. That is shown in current offer of real estate which in now over 300.

We strictly follow our elaborates and dead lines. You are more than welcome to call us and arrange a meeting and we will present you with an offer.

In industrial zone at the edge of Krško, business trade center was build with over 8,000 square meters for commercial use and over 400 parking spaces. The trade center expands according to enquire and TA-BO was in charge of coordinating document preparations, gaining the permission needed for the build and executing supervision of the realization. In year 2007 the center was sold.

The building stands in crossroad between Šišenska Street and Pod Hribom Road. Building has more floors and includes basement, ground floor, 1st floor and attic. Parking and servicing places are arranged in the basement. Ground floor was designed for business trading programs, trading non-food premises and a smaller buffet. The 1st floor and mansard were meant for health clinics and businesses. After selling the whole ground floor we have moved our business spaces to the 1st floor and mansard in the year 2007.

For the housing complex of five housing units combined into one building that fits into settlement and with its program and its way of living revives and well upgrades it, we have prepared all documentation needed and gained all allowances for the build. Concept of housing complex considers principles of geomantix. The project was sold with gained building permit.

On attractive location near Dunajska Street and Ljubljana bypass we have designed the build of row-houses and duplex. Coordination of the project has included preparation of all documentation needed, gaining all consents and approvals for the build of the houses with its own communal infrastructure. The project was sold with gained building permit.


Religious building, the Church of Jesus Christ from the last days

As owners of parcels in crossroad of Vodnikova and Šišenska Street, we have gained all allowances needed for demolition of the old building and realization of demolition works. For a known buyer we have took over coordination for the concept of the building, preparation of all documentation needed, gaining all allowances and building permit. In the phase after selling the parcel with building permit, we have taken over the guidance from investor for choosing contractor and the actual build.

The foreseen area of the build in Škofljica is broken into two morphological units – zone 1A and 2B. On this surfaces, according to permitted ordinance, organized apartment block and row-house building units are allowed. TA-BU d.o.o. as the investor covers coordination of preparation all documentation needed for the build of housing units, communal infrastructure, gaining all allowances and building permit. For the whole settlement of housing units the restructuring of foundation ground was made. In the year 2009 we have finished the 1st phase of execution of the build of housing settlement Škofljica with its communal infrastructure. We have finished 10 row-houses, 5 housing units (75 apartments) and garage space for finished housing units.

In the year 2009, after finishing the 1st phase of housing settlement in Škofljica build, the activities of 2nd and 3rd phase of the build are also carried out. The build of trade building Trgovina is being made, also the preparation of project documentation and gaining all allowances needed for the rest of hosing units. In 2nd and 3rd phase another 35 row-houses and 7 housing units (108 apartments) and 2nd part of parking spaces will be build.

In the year 2008 we have started to design housing unit in Rožna dolina. Realization will likely begin after gaining the building permit in 2009. The whole project should be finished in 2011.

Factory complex ARBO which is combined of different buildings and yard, in the size of 8353 square meters, is located in area meant for production. We are arranging the change of space acts, so that current intended use of production could be changed also into housing settlement. In that case, extra buying in the surrounding area of the complex will be possible.

We own large pieces of land near Business Trade center in Krško. Currently the area is in phase of changing space acts (expansion of production activities to trade activities).

A visit to a this page could generate the following types of cookie.

These cookies are essential in order to enable you to move around the website and use its features, such as accessing secure areas of the website. Without these cookies services you have asked for, like shopping baskets or e-billing, cannot be provided.

These cookies allow the website to remember choices you make (such as your user name, language or the region you are in) and provide enhanced, more personal features. For instance, a website may be able to provide you with local weather reports or traffic news by storing in a cookie the region in which you are currently located. These cookies can also be used to remember changes you have made to text size, fonts and other parts of web pages that you can customise. They may also be used to provide services you have asked for such as watching a video or commenting on a blog. The information these cookies collect may be anonymised and they cannot track your browsing activity on other websites.

These cookies are used to deliver adverts more relevant to you and your interests They are also used to limit the number of times you see an advertisement as well as help measure the effectiveness of the advertising campaign. They are usually placed by advertising networks with the website operator’s permission. They remember that you have visited a website and this information is shared with other organisations such as advertisers. Quite often targeting or advertising cookies will be linked to site functionality provided by the other organisation.

Cookies can be managed via the web browser settings. Please, see you browser help how to manage cookies.